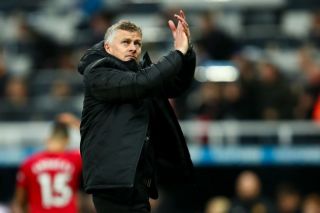 Ole Gunnar Solskjaer is odds-on with Ladbrokes to leave Manchester United by the end of October.

Manchester United had had a terrible start to the 2019/20 season and currently sit in 12th place in the Premier League, just two points above the relegation zone after eight games, and now the bookies are slashing odds to just 10/11 on the Norwegian leaving his position before the of the month.

There’s been several reports in the media about United keeping an eye on other managers, such as former Juventus boss Max Allegri and RB Leipzig manager Julian Nagelsmann.

Manchester United fanzine United We Stand ran a poll on its website asking Reds ‘Would you change the MUFC manager right now?’ Editor Andy Mitten reported the results on Twitter earlier today, with 83.61% of voters wanting to see Solskjaer given more time because most of the problems are not his making.

Poll running on https://t.co/8Fl4WTmv3a asking ‘Would you change the MUFC manager right now?’

Alex Apati of Ladbrokes said: “Ole might be at the wheel but he’s second in the Sack Race and with a huge clash with Liverpool coming next weekend, there’s every chance his time is up.”

The bookies don’t know what’s going on within United, so don’t be banking on this purely because Ladbrokes have slashed the odds.

Solskjaer has spoke about this being his dream job for long enough and he’s going to give it his best shot until the club sacks him.

I don’t think he’d jump for the sake of not being pushed either. 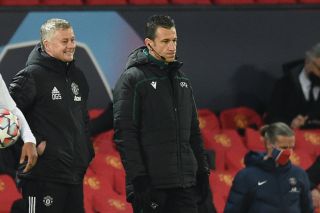