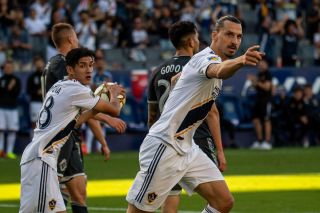 Manchester United will not sign Zlatan Ibrahimovic in the January transfer window, according to reports.

Ole Gunnar Solskjaer is short of options in attack after allowing Romelu Lukaku and Alexis Sanchez to join Inter in the summer.

Anthony Martial’s thigh injury made matters even worse with the French forward missing eight games thus far, although we hope he will be involved against Liverpool on Sunday.

READ MORE: The Mirror have named their top-50 players of the decade – these are the MUFC players that make it

Solskjaer has hinted that United will be looking to sign a new striker in January and Ibrahimovic has been linked with a return.

The Swede scored 29 goals in 53 games during his time at Old Trafford, but a knee injury towards the end of his first season proved to be an unfortunate turning curve and now everyone wishes he arrived earlier.

And according to the Daily Telegraph, United’s board are against re-signing Ibrahimovic.

The report claims that United are not looking to sign a ‘short-term fix’ in the January transfer window, which rules out Ibrahimovic, who has just turned 38.

Ibrahimovic’s contract with LA Galaxy expires in December and with 30 goals in 29 appearances for the MLS outfit, he is sure to attract interest in Europe.

Asked last week if he could still play in Serie A, Ibrahimovic replied: ‘Oh 100%, I know I could still make the difference, both in Italy and in other countries.

‘My contract expires in December and I don’t know what will happen after that.’

So does this mean United won’t be signing 33-year-old Mario Mandzukic? I’d rather Zlatan, to be totally honest.