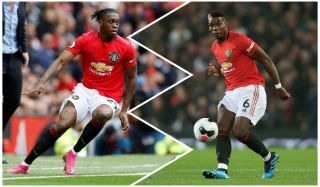 According to the Daily Mirror, Manchester United could have a triple injury for Sunday’s big game with rivals Liverpool.

Paul Pogba, Aaron Wan-Bissaka and Luke Shaw are all set to return for the Old Trafford clash, as per the publication, with Anthony Martial also understood to be in contention to make the match-day squad.

Manager Ole Gunnar Solskjaer needs his best players available for United to have any chance of getting their season on track.

The Red Devils have endured their worst start to a league campaign for 30 years — sat 12th after eight games and just two points above the relegation zone, with PL leaders Liverpool coming to Old Trafford on Sunday.

Liverpool, on the other hand, have had a perfect start to the Premier League season winning all of their games and are currently eight points clear of second-place Man City.

United are 15 points adrift of the Scousers…

Shaw and Martial have not played since United’s 2-1 defeat to Crystal Palace back in August, while Pogba has missed five of their last seven games.

Wan-Bissaka hasn’t exactly been injured. A bout of tonsillitis kept him out of United’s last three games.