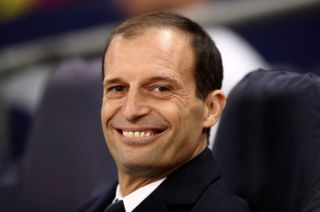 Massimiliano Allegri would want Patrice Evra to join him on his backroom staff at Manchester United if he is appointed manager.

Evra enjoyed eight success years at Old Trafford, winning five Premier League and the Champions League, and a return to Manchester United would spark a positive reaction among fans.

Allegri, who walked from his Juventus job at the end of last season, is being linked with the manager’s job at United, with the Daily Mail claiming the Italian is interested in replacing Ole Gunnar Solskjaer.

It’s a bit shameless that this stuff is being linked whilst Ole is in charge, but the Red Devils have endured their worst start to a league campaign in 30 years — with them 12th in the Premier League table, just two points clear of the relegation zone.

The report claims Allegri has promised the former French left-back he’ll include him among his backroom staff in the event of an agreement with United.

Such a promise could swing in Allegri’s favour if Evra fancies the offer at hand. The pair won two Serie A titles together at Juventus and he will be aware of the Frenchman’s bond with United fans on social media.

Evra recently shared a picture of him at White Heart Lane with Allegri. You’d imagine he knew that would get people talking.

So great to watch a match with you guys. I love the knowledge we share together and the advice and I know the future is bright for all of us 🙏#maxallegri #francobaldini #ilovethisgame #positive4evra

It certainly makes us think a little more about what the Daily Mail are reporting.