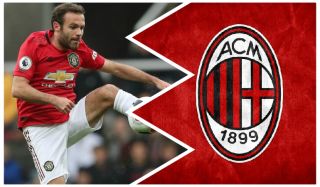 The Spanish playmaker is no longer a starter and seems to be past his best, so it’s hard to believe why Milan might be in for him.

Of course, this isn’t the great AC Milan that once dominate Europe, but they’re club trying to get back on track like United.

Still, that’s what is being speculated by Calciomercato News, as translated by Sempre Milan, even though Mata only recent decided to stay at Old Trafford.

The 31-year-old’s contract was set to expire in the summer and he could have left United, but he ended up signing a new deal to stay put.

However, he rarely features for Ole Gunnar Solskjaer’s struggling side, and could look to move on in January in attempt to play more football.

United fans wouldn’t be too bothered about losing Mata. He was never quick but looks totally lost whenever he plays, which is a shame because a player of his sort (in his prime) would be ideal for the Red Devils.

The slower pace in Italy may suit Mata.