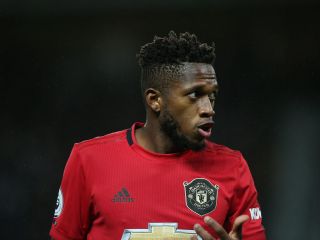 It has been claimed that José Mourinho only approved the signing of Fred in the summer of 2018 because Manchester United would otherwise end the transfer window without a midfielder.

The Brazilian didn’t come cheaply though, with the transfer fee amounting to £52 million, as per Sky Sports.

Fred is 32 appearances into his United career and has been a very underwhelming signing to date.

According to a report on Ed Woodward in The Athletic, Mourinho only approved the signing of Fred because the midfielder was the last resort. The ex-United manager never didn’t really want him in the first place.

That summer was a frustrating one with just Diogo Dalot, Fred and Lee Grant joining the club — which, as much as I think there’s a player in Dalot, goes to show how little emphasis was put on bridging the gap with Man City for the coming season… when it would end in tears for Mourinho.

There’s no way with the three additions above that Mourinho felt his side would progress, and Woodward needs to take responsibility for that.

However, with Ander Herrera and Marouane Fellaini no longer at the club, it seems like Fred would be given a chance to shine this season under Ole Gunnar Solskjaer, who has always been willing to his fringe players opportunities to edge their way into the team.

But the problem is he’s not very good.

I don’t think anyone fancies him to be at the club beyond this season and there’s was talk he could leave in the summer.