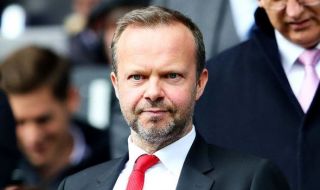 The latest bizarre stunt pulled by Woodward to come up in the news was his attempts to be pally with club record goalscorer Wayne Rooney whilst he was still at the club three seasons ago.

As discovered by the Athletic, Woodward sent a text to Rooney after the FA Cup semi-final victory over Everton, which read ‘Hi Wazza, loved the game.’

The message reportedly left Rooney unimpressed about Woodward’s professionalism and an attempt to be ‘matey’ with the forward was completely inappropriate.

Perhaps this was an attempt by Woodward to become more popular in the Manchester United dressing room, as he is certainly not popular amongst the fan base.

Woodward has time and time again shown his incompetence in his role at the club after taking over from the brilliant David Gill in 2013.

In a turbulent six years, Woodward has acted in a completely reactionary manner rather than being proactive, sacking three mangers and failing to stick to a plan that can help the club return to their previous on the field successes.

Not that the Glazers will be unimpressed with the way Ed Woodward has carried out his role, however.

Woodward will continue to rake in the sponsorship deals for the Glazers to pocket, including the new kit deal he will be looking for with Chevrolet now highly unlikely to renew due to the on-field demise.

The lack of an appointment in a technical director role is also quite staggering given the ineptitude of Woodward on the footballing side of things.

He has proven time and time again he should not be responsible for footballing matters but doesn’t just stick to negotiating commercial deals which he excels in.

Ole Gunnar Solskjaer was left without a midfielder and forward after Romelu Lukaku, Alexis Sanchez and Ander Herrera were let go this summer and some of the blame has to rest on Woodward’s shoulders.

Woodward has to take responsibilty for the mess United have been left in during this disastrous post Sir Alex Ferguson era. Solskjaer has been left with a squad simply not able to compete after years of poor recruitment and things are likelier to get worse before they can get better with Woodward at the helm.