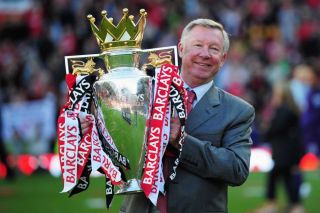 It’s no secret that Manchester United have dominated the Premier League era with 13 titles to show for it.

We are not the force we once were, so attempts now should be made to make United the best team in the land once again.

Ole Gunnar Solskjaer’s side are current two points clear of the relegation zone, a sorry state for the 20-times champions of England.

What if Sir Alex Ferguson was still in charge? Then our domination of English football would be everlasting. Simples.

We have an appetite for interactive data when it comes to football and have stumbled across a brilliant GIF from the @WeLoveData3 on Twitter.

Here’s how the Premier League race would look like as one season. In GIF format pic.twitter.com/6DUm7zPcCg

The collected data consists of points won and lost over the Premier League era.

The Red Devils have a long way to go before we can even think about winning the race for first in the Premier League again.