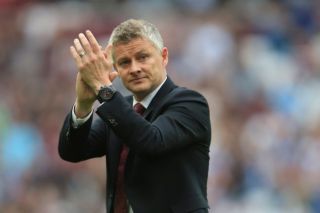 Manchester United have had a woeful start start to the season, however a new statistic shows that the Red Devils have made some improvement in one area of the pitch.

Ole Gunnar Solskjaer’s side have won just two of their opening eight games in the Premier League this year. That sort of form puts you a relegation battle, with United just two points clear of the drop zone.

Not good enough when our objective for the season was to qualify for the Champions League by finishing in the top four. Now the only route to the CL appears to be winning the Europa League outright, which is very unlikely for a team unable to score goals at the moment.

Despite all of this negativity, one stat shows United have improved their defence in comparison to last season, which is, admittedly, one of a few things Solskjaer has going for him at this time.

The arrivals of Aaron Wan-Bissaka and Harry Maguire have certainly put us in the right direction, but the best from our new duo has yet to come. It’s important we go and build on it now by improving the midfield and attacking areas.

Solskjaer may argue this shows his rebuild is beginning to take shape. Others will say it’s a result business.

What side are you on?