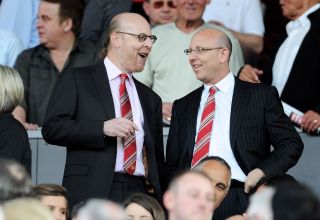 More insight on the Glazer family.

An agent close to Manchester United has claimed that the Glazer family are more involved with the decision-making process at Old Trafford than many think.

The Glazer family became primary shareholders at United in 2005 following a debt-ridden takeover.

With no knowledge of how football clubs operate, they decided to buy the club before turning it into a commercial cash cow, but for their benefit instead of the fans.

The fans now feel as though they’ve no say in how the club they love is ran, which is something many supporters have had to come to terms with as the game dives further into the money hole.

According to the respected David Ornstein of The Athletic, the Glazers have a greater role than we think and are happy with Ed Woodward work to date. The fans may have something else to say about that…

Unnamed agent: “They [The Glazers] are involved in the decision-making processes far more than you would think. Maybe it suits them and shields them to have the world think Ed does it all.” #mulive [the athletic]

While this doesn’t come as much of a surprise, a former Manchester United player told Stretty News some years ago that hardly heard of the Glazers while he played for the club. Though that was under Sir Alex Ferguson and none of the managers since him have had anywhere near the same control.

The Glazers saw his retirement as an opportunity to run the club with a more hands-on approach.

Woodward is their puppet on a string and as long as United are strong commercially they’re going to allow him do as he wishes, even while the club struggles on the pitch.