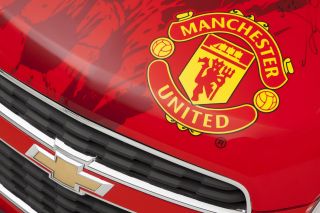 Manchester United signed a shirt sponsor deal with Chevrolet in 2014 which expires in 2021. It involves a Premier League record agreement worth around £450 million, over the course of seven years.

It is understood that United are speaking to a number of companies about becoming the next main sponsors, after it emerged from a Daily Mail report that people within Chevrolet have been thoroughly unimpressed with United’s performance over the duration of the deal.

In the time United have displayed the Chevrolet brand on their shirts, they have failed to win the Premier League and come nowhere near going all the way in the Champions League. Instead MUFC are currently two points about the relegation zone.

However, the Daily Mail adds that there was never a plan to renew the deal. They quote an ‘inside’ as saying: ‘It was doomed from the start. The feeling within was that Chevrolet had massively overpaid and it was never going to get done again.’

Interestingly, the man who agreed the deal, global marketing chief Joel Ewanick, was let go less than 48 hours after the deal was announced. It’s also claimed that he failed to give his bosses full details of the agreement before signing off on it, although he later described the deal as a ‘no-brainer’.

What does this mean for the Glazers?

Depends entirely on who else they’re in negotiations with and whether they can get more money out of them than Chevrolet.

Considering Chevrolet didn’t plan on renewing the deal, it makes zero difference, but if more sponsors show unhappiness towards the on-pitch struggles it could have an effect on the club.

It’s not good to have sponsors pull out — but if it makes the Glazers sweat under the collar and sell up, I’m all for it. I’m sick of them draining us.