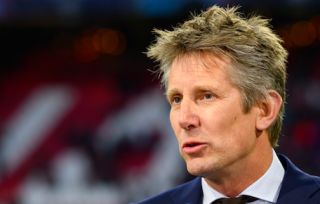 Solskjaer’s men sit 12th in the Premier League table after eight games and have not won an away game since the Champions League victory over Paris Saint-Germain in March.

The pressure is on the United boss after a poor run of results and there have been little signs of encouragement that things are likely to improve.

Van der Sar, who has been linked with a return to the club in a technical director role, believes the lack of personalities within the dressing room is a key issue for Solskjaer.

“I think for ourselves, when I came in the dressing room we had Ryan Giggs, you had [Paul] Scholes, you had [Rio] Ferdinand, [Gary] Neville and even Roy Keane at that time,” Van der Sar told ESPN.

Solskjaer has inherited a weak squad with very few leaders at Old Trafford. The fact that Ashley Young remains club captain proves that there are no obvious leaders at the club.

The calibre of players mentioned by Van der Sar in the era of Sir Alec Ferguson are unfortunately incomparable to the players that are available to Solskjaer.

Summer signing Harry Maguire is a strong character who has leadership qualities, along with academy youngster Axel Tuanzebe who captained the Reds in the Carabao Cup shootout win over Rochdale.

But Solskjaer needs more established leaders at the club that would stamp their authority in the dressing room and set an example for his players that are currently distinctly lacking in confidence.