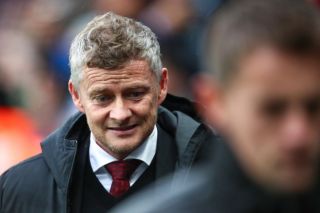 Manchester United will reportedly sack Ole Gunnar Solskjaer as manager should the Red Devils lose to Norwich at Carrow Road later this month, with the club annoyingly letting whatever result occurs against Liverpool slide.

Even with our ridiculously poor start to the season, and Liverpool yet to lose a game in the league, United should never go into a game against Liverpool caring so little about the result.

Think back to the years when we were winning titles and Liverpool were drifting in and out of the Champions League places. They’d always raise their game and match us as well they could.

But United currently lie in 12th place in the Premier League table, just two points ahead of the relegation zone. The 1-0 defeat at Newcastle last week came as some blow, especially with Spurs losing to Brighton the same weekend.

Solskjær’s old club Molde FK could go 7 points clear at the top of the Norwegian league tonight, with 6 matches to go. If they win it, it’ll be their first title since *checks notes* the year Solskjær had left them to manage Cardiff.

According to The Sun, Solskjaer is set to be relieved of his duties at Old Trafford if his side lose to Norwich at the end of the month.

The report adds that chiefs at the c Lub are willing to let a loss against Liverpool slide considering how bad we’ve been, as long as the result isn’t an absolute hammering.

The Norwegian has been in charge at Old Trafford for 10 months and, despite the impressive run at the very beginning, things went downhill in March as soon as he got the job on a permanent basis.