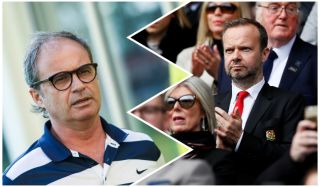 The Reds now have sporting directors from other clubs willing to help get MUFC  back on track.

Manchester United have been offered a helping hand by Lille’s Sporting Director Luis Ocampos following reports the club were searching to appoint one.

And to make matters worse for United, we’ve been absolutely dreadful this season with manager Ole Gunnar Solskjaer looking out of his depth at Old Trafford.

The Mirror has suggested that Ed Woodward has put the search for a sporting director on hold, even though the club said they would appointed one when Solskjaer got the job on a permanent basis in March.

The same report states that Ocampos has been speaking about the situation, stating that “I know very well the situation of Manchester United and other clubs — but, in my opinion, everybody needs a sporting director.”

He added: “Manchester United is an amazing club with an amazing story and for people around the world, it’s difficult to understand what has happened to this club. Of course I believe I could help Manchester United. I want to work with a big club one day.”

Whatever happens with Solskjaer over the coming weeks — The Sun claim he could be sacked later this month if United lose to Norwich — Woodward and co must change their tune on a technical director.

Woodward has had his chance to make big football decisions at United and it just can’t go on much longer. Sure, keep him in charge of commercial stuff, which is has a good reputation with but football matters would be best passed onto someone who knows what they’re talking about.

The loss of David Gill was made bigger as the club replaced him with an incompetent clown.