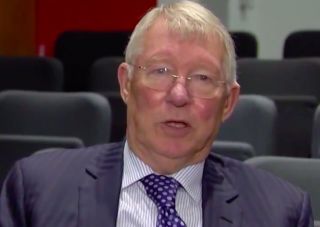 Sir Alex Ferguson has sent a message to former Arsenal boss Arsene Wenger about the rivalry between Manchester United and Arsenal.

Wenger was named a ‘Legend of Football’ at the annual Nordoff Robbins charity award dinner on Monday and Ferguson sent him a message of congratulations, saying he loved the past battles between the pair.

Arsenal’s rivalry with United when Sir Alex and Wenger were at the helm is arguably the best in Premier League history.

There was fierce competition between the two clubs and games were always feisty affairs as both hunted for league titles, but there was clearly huge respect between two managerial pioneers of the era.

However, the old rivalry between the two clubs is now greatly missed and the demise of both sides has been quite staggering.

The lack of quality in United’s 1-1 draw at home to Unai Emery’s side last Monday evidences just how far both teams have fallen since the days of Wenger’s formidable team going toe-to-toe with Sir Alex’s side.

Wenger has deservedly earned the ‘Legend of Football’ status after winning three Premier League titles and seven FA Cup’s during his time at the Gunners.

See Ferguson’s message to the Frenchman below: