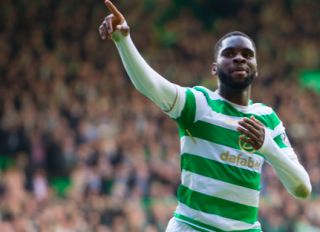 Ole Gunnar Solskjaer’s side have been hopeless in front of goal this season, and their goalscoring woes have continued this week with a failure to find the back of the net against what should be much weaker opposition in AZ Alkmaar and Newcastle United.

United have been missing Anthony Martial from the frontline, who has been out of action since picking up an injury in the home defeat to Crystal Palace.

Marcus Rashford, meanwhile,  is going through a rough patch and does not look comfortable in a central striker role either, so Solskjaer’s goalscoring options are worryingly threadbare.

In reality, prolific striker Romelu Lukaku should not have been sold this summer without a replacement being signed. Lukaku may not have suited Solskjaer’s style of play and wanted to leave the club, but not signing an alternative after his realising his exit was inevitable is inexcusable.

Alexis Sanchez was also allowed to leave on loan this summer, leaving pressure on new signing Daniel James and 18-year-old Mason Greenwood to deliver for United this season.

It’s clear the attacking options need addressing in the coming transfer windows and we will have to wait and see if Solskjaer is given the time he needs to sign his desired options.

Former striker Boyd believes Celtic forward Edouard is the kind of player United should be targeting.

The 21-year-old has scored nine goals already for the Scottish champions this season and Boyd believes he is good enough to play for the France national team.

“Talk about playing with France, is it a possibility? Yes. Do I think he’ll do it with Celtic? No,” Boyd told Sky Sports, as quoted by TeamTalk.

“That’ll be in back of his mind, he’ll need to make that move if he’s going to get in the French squad. I don’t think it’ll be January, but come next summer, if there’s something of £25-30 million, which is reasonable for me, I think this guy will go to the very top.

“If I was Manchester United, I would come in and give the £25-30 million in the summer.”