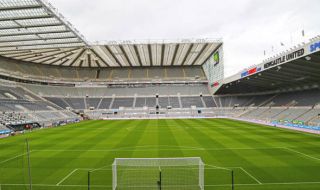 Manchester United have officially named the team to face Newcastle at St. James’ Park this evening and there is a starting place for Mason Greenwood.

Generally speaking, United are favourites to win. But that doesn’t mean you’d put your life savings on it despite Newcastle’s atrocious start to the season.

United are winless in their last 10 games — our worst record in 30 years — and today is a great opportunity to get back on track.

When the lads return from the international break they need to get a winning run together, although it all starts again with a clash against rivals Liverpool, who are enjoying a perfect start to the Premier League season.

Anyway, this is the team Ole Gunnar Solskjaer has gone with against Newcastle, as confirmed by the official @ManUtd Twitter account:

Here’s how #MUFC line up on Tyneside for #NEWMUN…

None of the following travelled with the squad, as per Samuel Luckhurst of the Manchester Evening News: Paul Pogba, Aaron Wan-Bissaka, Luke Shaw and Anthony Martial.