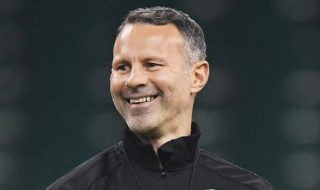 The Reds have made their worst start to a season in 30 years, and the pressure is already building on the Norwegian after several abject performances.

Solskjaer has been unlucky with injuries so far however, with arguably his two best players in Paul Pogba and Anthony Martial missing a number of games through injury.

Three new arrivals Harry Maguire, Aaron Wan-Bissaka and Daniel James have all made impressive starts to life at Old Trafford, but more signings had to be made in the summer.

United are threadbare in midfield and attacking options, after failing to replace Ander Herrera, Alexis Sanchez and Romelu Lukaku in the summer window.

There is a distinct lack of creativity in this side and it’s obvious that the attacking area has to be addressed in the coming transfer windows.

Reds legend Giggs believes Solskjaer needs seven or eight players in total to help shape his squad to how he would like it.

“They need another four or five players,” Giggs said as quoted by Manchester Evening News.

“He (Solskjaer) has bought in three players but he probably needs seven or eight.

“But you can’t do that over one transfer window, so you have to be patient because it will be slow.

“The culture has changed and what he is trying to do was much needed. He needs time.”

United face Newcastle away this afternoon in desperate need of an away victory having not won on the road since the unforgettable night at the Parc de Princes in March.

See the team selected by Solskjaer below:

Here's how #MUFC line up on Tyneside for #NEWMUN…