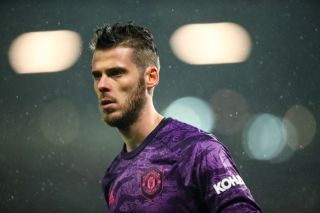 The club’s owners have been negotiating the club’s potential sale in recent times and De Gea is said to be one of the suitors, according to Sport.

You might be wondering what business has he buying a football club.

Well, De Gea already has strong links with Elche, as he has a season ticket with the club and spend part of his childhood in the city.

This could be a sign of a times for Spanish football, with internationals using their high wages to buy teams in the lower divisions.

We’ve seen how Real Oviedo dealt with financial struggles in the past — selling shares to pretty anyone, so every Tom, Dick and Harry had some involvement in the running of the club — but former players who made the world stage gifted donations too.

Time will tell if De Gea can get the deal done. Hopefully it doesn’t take as long as his contract to sort out!

Moreover, De Gea doesn’t need any distractions to take his eye off the ball. That seems to happen whenever the Real Madrid rumours start doing the rounds, but the recent agreement to put pen to paper should help him focus for the foreseeable future.

The Spain No.1 will now look at the Glazers and see the blatant mistakes they’re making because they have no interest whatsoever in the sport. To them it’s nothing more than money.