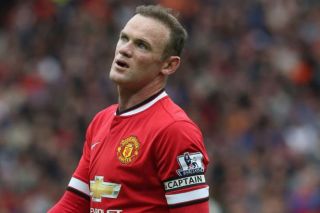 Wayne Rooney has put rivalry aside by backing Liverpool to win the Premier League.

The Merseyside club, who Rooney grew up hating, maintained their perfect start to the season yesterday with a 2-1 win over Leicester City.

Liverpool sit eight points above Pep Guardiola’s Manchester City ahead of their game against Wolves today.

But the ex-Manchester United and Everton striker explains why he thinks Liverpool will come out on top.

Speaking to iFL TV, as quoted by The Sun, Rooney said: “In my opinion, Liverpool look the strongest.

“City are a fantastic team.

Jurgen Klopp has laid the foundations for a successful side and if they don’t win the league this time around, he may fear Mauricio Pochettino’s situation at Tottenham.

Things go stale, even when you’re winning things, and Sir Alex Ferguson was never afraid to make changes. The difference is he knew when he needed to make them — and his decisions, more often than not, were successful despite being questioned initially.

Is it possible to get more than 3/4 years out of any team? It shows that when managers get things right they still need to stick with the times and refresh.

Klopp will be hoping he gets a title out of his current bunch before the inevitable happens.

Obviously, we don’t want the Scousers winning the league. Ever.

Though this season they do look stronger and I’d fancy them to pip City to the title.

It only fuels my anger about the way United is being run. We shouldn’t be allowing such a possibility.