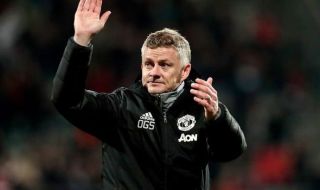 Manchester United have had their worst start to a league season in 30 years — therefore Solskjaer’s record this term doesn’t stack up to the likes of David Moyes, Louis van Gaal and José Mourinho who were all sacked before him.

The Norwegian manager needs to find a way for his side to score goals and finally find a win on the road (hopefully today, against Newcastle).

Former Liverpool and England midfielder Jamie Redknapp has questioned how Solskjaer got the job in the first place.

“Whatever way you dress this up, Ole Gunnar Solskjaer is a very lucky man to get this job,” Redknapp said on Sky Sports (via Daily Mail), ahead of Chelsea’s clash with Southampton.

“He managed Molde and he managed Cardiff. Is that really the credentials to manage one of the biggest clubs in the world. I don’t think so.

“Do you give him time? There comes a point where if this carries on, you can’t it is impossible. But the problem is, when is out there right now better than him?

“If you didn’t know any better the next man you would be looking at José Mourinho, and he had a go at it and he failed. This is a very difficult job right now.”

United take on Newcastle at St. James’ Park later today, with Steve Bruce also under pressure to turn things around at his new club.

Not the most popular appointment by any means but he knows only results will win over Newcastle fans.

The Magpies go into the game as underdogs off the back of a 5-0 thrashing against Leicester. A repeat of that could see Bruce jobless next week.