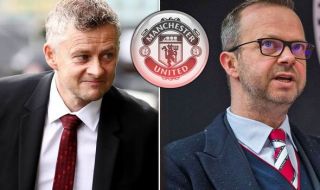 It is believed that Ole Gunnar Solskjaer kept tabs on the England midfielder over the summer but did not make a move.

But fear now as the Daily Star claims United will launch a raid at the end of the season — but will have to spend significantly for Hammers to sell their key player.

The midfielder is enjoying life at West Ham and doesn’t sound like he will be forcing a move anytime soon but, of course, the temptations are there.

Speaking recently to FourFourTwo, Rice said: “Don’t get me wrong, I think I’ve got the ability to pay for a club like that.

“But it’s all about the timing and I don’t think the timing is right for me at all.

“I’ve still got so much to learn. I’m loving it at West Ham, the connection between me and the supporters is special.

“I’ve become one of the fans’ favourites and the manager likes me. It’s the best place for me to play football.”

Rice’s new deal ends in 2024 and then report in question claims the £80m price tag is enough to make United balk at the price because Ed Woodward and co don’t think the midfielder is worth that amount at this stage of his career.

He added: “I’ve signed a contract here for the next few years and I’m looking forward to playing this season and the season beyond, so we’ll just see where it goes.

“To be called a West Ham legend in the future, maybe, would be a real honour.”

United have been linked with a spending spree over the coming two transfer windows, with a number of players said to be on the club’s wish list.

Leicester City’s James Maddison has been linked on a daily basis, while Jadon Sancho is another exciting target. The latter would cost more than £100m and demand Champions League football.

Solskjaer would be adding more homegrown talent to his squad which is what he initially set out to do when he got the United job on a permanent basis in March.