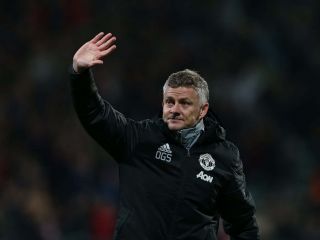 Steve Bruce and Ole Gunnar Solskjaer are feeling the pressure in their current jobs.

Newcastle host Manchester United in the Premier League this weekend before the international break. It’s a chance for the Red Devils to get back to winning ways against a side who lost 5-0 against Leicester City a week ago.

Solskjaer needs to improve things on the pitch, with the current squad not quite living up to expectations. He may have to call on more young players to step up from the U23s.

James Garner has been immense for the U23s this season. He’s been praised for controlling the midfield and scoring goals.

Garner’s form of late has led to the Manchester Evening News tipping him to play against Newcastle this weekend, especially with Paul Pogba ruled out with an ankle injury. The manager could opt for Fred again but he’s been awful and doesn’t look like a United player by any stretch of the imagination.

The report also claims Garner could be the next Michael Carrick. While that might be a tad over the top, the young midfielder should look to learn as much as possible with the former England star amongst the coaching setup at United.

It would be brave of Solskjaer to start against Newcastle with a midfield anchored by Garner and Scott McTominay, but this is a manager who supposedly believes in youth. This call should be second nature.

We are all eager to see if Garner is ready for the first-team.