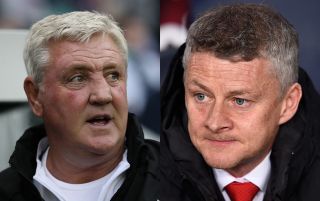 Manchester United travel to Newcastle on Sunday for the final match in round eight of the Premier League fixtures.

At full-time a number of players will set their attention towards international duty. Others will rest up and prepare themselves to take on Liverpool after the break.

Newcastle will be without Isaac Hayden after last week;’s red card in the 5-0 thrashing suffered against Leicester City. He will now miss the next two matches — against Chelsea and Wolves — which doesn’t give the Magpies a lot of hope.

Florian Lejeune and Dwight Gale remain long-term absentees, Jonjo Shelvey (hamstring) and Matt Ritchie (ankle) are expected to be out another while.

However, Jetro Willems has a decent chance of returning at left wing-back.

There’s a chance Steve Bruce will opt to play Sean Longstaff and his younger brother Matty together in midfielder, which would be intriguing to say the least.

One on the other hand, Europa League hopefuls Manchester United came away with a point during the week against AZ Alkmaar. Jesse Lingard will miss the game versus Newcastle after suffering a hamstring injury against the Dutch side.

Aaron Wan-Bissaka has been out with illness, missing the last two games, and it’s expected that he will return to take on Bruce’s side.

The game is the last part of ‘Super Sunday’, on Sky Sports Premier League and Sky Sports Main Event.

Manchester United start the weekend in 10th, having not won away since March 6, and a win is needed to get us out of this unbearable hole. They didn’t manage a single shot on target in the Netherlands so Newcastle, despite how bad they’ve been, will be looking to get something from the game on Sunday.

They’ll believe they stand a chance.