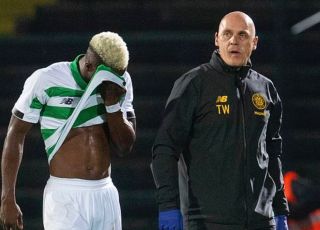 Ole Gunnar Solskjaer is having to deal with a number of injuries early on in the season and it doesn’t help when the team is struggling to win games and score goals.

So it’s interesting to read reports in today’s Daily Mail that United are trying to poach Celtic’s physio Tom Williamson.

Williamson started working at Celtic in 2002 and apart from two seasons at Birmingham, he’s been involved with the successful SPL outfit.

Solskjaer has already had a bit of an injury crisis at United, though it hasn’t helped having such a light squad in numbers.

United need to find a way to prevent that the best way possible, and according to the Mail, they’ve already interviewed a number of candidates but Williamson is at the top of their wish list.

Celtic obviously won’t like the sound of this but it’s a great opportunity for Williamson to work with the biggest football club in the world.