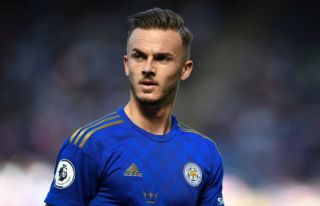 Manchester United have four transfer targets in mind as Ole Gunnar Solskjaer’s rebuild of the squad is set to continue in January.

The Red Devils don’t usually conduct much business in the winter transfer window, but Solskjaer’s men have had the worst start to a season the club has seen since 1989.

It’s no secret that the squad lacks the depth needed to challenge for the Premier League title, but to bridge that gap United need to get back into the Champions League.

That’s obviously the process Solskjaer aims to take with his team.

With club chiefs beginning to plan for next season already, it’s expected that transfer targets will be identified over the coming months to allow scouts draw up their specific player profiles before Solskjaer makes the final decision — hopefully not overruled by Ed Woodward, like he did to José Mourinho over a year ago.

It is claimed by the Manchester Evening News that United want to sign a full-back, midfielder, a forward and a striker to add depth and quality to the squad.

United are said to have ‘held a recruitment meeting’ last month to begin drawing up a shortlist of targets for the January transfer window and next summer.

That apparently includes James Maddison, Jadon Sancho, Ben Chilwell and Declan Rice. All four are said to be principle targets.

Solskjaer has already made it clear that he needs to sign a striker.