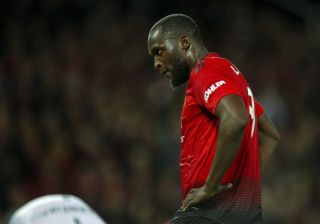 Reports in Italy claim to have new information over Romelu Lukaku’s reasons behind he wanted to leave Manchester United.

The Belgian international left the Reds for Antonio Conte’s Inter Milan this summer, after becoming disillusioned at the club.

Italian publication Gazzetta dello Sport says Lukaku became most frustrated after Manchester United’s defeat to Barcelona in the quarter-finals of the Champions League.

NEXT:Why Solskjaer made decision to start Tuanzebe at left-back against Arsenal

Lukaku started the opening leg of the tie against the La Liga giants at Old Trafford, a game in which Ole Gunnar Solskjaer’s side were defeated 1-0.

Solskjaer then demoted the striker to the bench for the second leg, preferring a counter attacking side including Anthony Martial and Marcus Rashford up front.

Lukaku came on in the final moments of the game, but the report claims that the Norwegian’s decision hurt him and made his mind up ‘once and for all’.

The United boss consistently selected Rashford ahead of the Lukaku when appointed last campaign, despite the Belgian being a proven goalscorer in the Premier League.

Whilst it is understandable Lukaku was dropped due to his performance’s and Rashford’s impressive form, it’s also clear why his relegation to the substitutes bench would want to make him leave.

The 26-year-old is still an elite striker and has contribute to Inter’s unbeaten start to the season in Serie A.

Lukaku’s exit has left United struggling even more for goals this season, after he was not replaced during the summer transfer window.