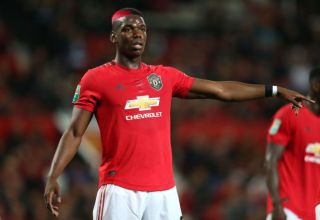 Club sources have allegedly told ESPN that the French midfielder aggravated an ankle injury during Monday night’s 1-1 draw with Arsenal at Old Trafford.

Pogba is set to be assessed by the club’s medical staff on Tuesday before Solskjaer decides on who he’s bringing to the Netherlands later this week.

The France international initially sustained an ankle injury against Southampton at the end of August and missed three games as a result. It was reported that he would sit out the game against Arsenal after playing through the pain in last week’s Carabao Cup win over League One side Rochdale, which has seemingly set the midfielder back further.

ESPN reporter Rob Dawson understands that Pogba may be saved for Sunday’s encounter away to Newcastle United.

While United have had a terrible start to the 2019/20 season, Newcastle are 19th in the Premier League table and should be there for the taking this weekend.