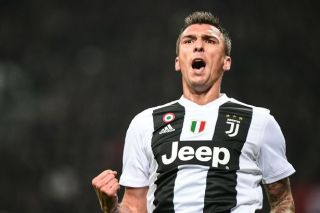 Manchester United are said to be preparing to make another offer to Juventus for Mario Mandzukic when the transfer window opens in January with Ole Gunnar Solskjaer in need of another striker.

According to The Athletic, United were very close to signing the 33-year-old in the summer but ran out of time to complete the deal due to the English transfer window shutting three weeks earlier than other major leagues in Europe.

Since the 4-0 win over Chelsea in August, the Red Devils have scored just six goals min their last seven games across all competitions. To make matters worse injuries to Marcus Rashford and Anthony Martial have left Solskjaer short in the striker department.

Mandzukic would be seen as a short-term option, to get us through the rest of the season and maybe of use again next season though I would be hoping United went into the summer looking for a better forward than the Croatian. His experience could assist the likes of Mason Greenwood, who is working hard to develop his game further.

Juventus boss Maurizio Sarri decided to leave Mandzukic out of his Champions League squad at the beginning of the season, meaning a move to Old Trafford could see the Croatia international feature in the Europa League knockout stages granted United make it that far.

The Serie A champions wanted at least £11m for Mandzukic in the summer but the Athletic now reports that they could be willing to allow the Croatian to leave for nothing in January as he enters the final 18-months of his contract.

A move to the Premier League would appeal to Mandzukic considering he has already played in three of the five big leagues: Wolfsburg and Bayern Munich in Germany, Atletico Madrid in Spain and Juventus in Italy.

Solskjaer spoke about his need for a new striker during Friday’s press conference, as quoted by the Manchester Evening News: “We let Alexis [Sanchez] and Romelu [Lukaku] go, you don’t have to be a rocket scientist to see that it’s a forward that next time we’re going to recruit — we’re looking for some creativity and goals.”

I wasn’t in agreement with Solskjaer going for Mandzukic in the summer. It seemed like a deal added on to our pursuit of Paulo Dybala more than anything else, but the claims have been backed up by a reputable source with the January transfer window around the corner.

Watch this space. I don’t think United will be able to get a striker much better than Mandzukic in January. His exclusion from Juve’s Champions League squad gives the impression they won’t lose much sleep over losing him.