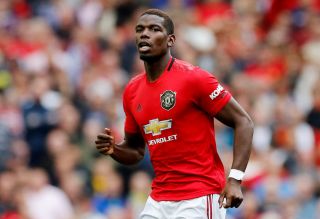 Paul Pogba and Marcus Rashford start for Manchester United despite concerns over the fitness of both players prior to the game.

Arsenal are in the same boat when it comes to setting top-four objectives. It’s a sad reality when you think back to the days Arsenal and United competed for Premier League titles and second best was never good enough.

READ MORE: Manchester United vs Arsenal: A Sigh of the Times

Axel Tuanzebe starts at right-back with Aaron Wan-Bissaka presumably out injured. Ashley Young operates on the opposite flank, while the midfield consists of Pogba, Scott McTominay and Andreas Pereira.

Rashford leads the line with support from Daniel James and Jesse Lingard.

See the full line-up below, via @ManUtd: