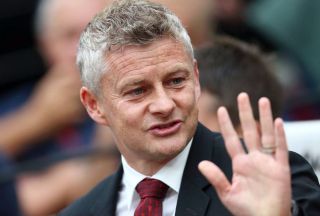 Turning Manchester United’s fortunes around is no “quick-fix”, according to manager Ole Gunnar Solskjaer.

The United legend was handed the managerial job at Old Trafford on a permanent basis in March after an impressive stint as caretaker manager when he replaced José Mourinho in December.

No matter how you try to sugarcoat it, Solskjaer’s side have made a poor start to the new season and United face a real battle to finish in the Premier League’s top four.

Currently 11th in the Premier League table, United take on eight-place Arsenal on Monday night and need to get back to winning ways in the league as soon as possible, with another difficult fixture against Liverpool around the corner.

Solskjaer always believed, however, it would take time to turn things around.

“Of course, we’ve hit a few bumps in the road, I never said this was going to be a quick-fix job,” he said, as per Goal.com. “Rome wasn’t built in a day. We need time, and the attitude of the boys has been great.

“They want to learn, so the week is all about improving and learning, which is great, and then your mood is decided by the games, results. When I do an interview now, a few days after a defeat, it’s more settled and you’re looking forward again.”

The boss stresses that against Arsenal, United will play their own game and hopefully continue their impressive record versus the Gooners.

“For us, the games against Arsenal have always been great for the spectators, and for us. We’ve got a good record against them,” Solskjaer added.

“For us it’s about focusing on ourselves, doing our bit, and seeing if we can solve the problems they give us.

“I think it’s will be an open game, two teams that want to attack, and the next game is always the perfect occasion to prove yourselves. Every game here is a game you want to win, and have to win.

“We are looking forward to it. I’ve watched Unai Emery over many years, and system-wise he can come with any shape, he knows it all.”

An improvement on last season, which we’re not yet seeing, but Solskjaer also needs time and the backing of the board.

When he identifies a target to bolster our midfield or attack, the club must ensure they get exactly who he wants. Not the second or third preference which I feel has happened previous managers in his shoes.