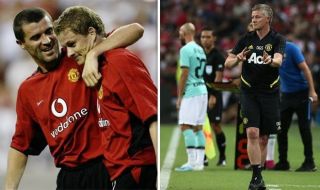 One of the most common comments amongst fans these days is to bring in the inflammatory figure that is Roy Keane, to “sort the lads out”.

You have to wonder the mindset behind this, coming from some of the same fans who want Ole out.

If these same fans who sat back and thought through Keane’s managerial career to date, objectively, would they really want him?

A club legend, of course, the man captained the side to untold fortunes and was the driving force behind it all, the captain we all loved and adored, the tough guy attitude and the never say die performance.

This doesn’t directly equate to a worthy manager for the club. His managerial stunts have been hit and miss, and ended in tears each time. A management career fraught with awful signings, a tendency to try out square pegs in round holes, and more arguments with his own players and management in a week than José Mourinho in a year.

The guy is bitter, we all know this, he’s not exactly the greatest fan of United anymore, instead opting to stick the boot in at any given chance, sometimes in ridiculous manner to keep his career on the after dinner speaker circuit and punditry avenue relevant and edgy.

Football has moved on from the Roy Keane’s of the world, a guy who earned a trade playing under ominously aggressive and genius figures in Brian Clough and Sir Alex Ferguson, which no doubt rubbed off on him as a man, as a player and as a manager.

The reason Roy Keane is now a Sky Sports pundit, is because he’s come off the back of being the assistant manager for the Irish national side, International football by and large being the graveyard of management and he couldn’t be trusted to be the main man, he had to be kept in check by Martin O’Neill.

You may not want Ole in, but you definitely don’t want Keano in, it would be an unmitigated disaster and is a kneejerk effort at popularity and belief in hard men, amongst the tweets and Facebook groups you see these comments in.

Roy Keane would relegate us, while booting Paul Pogba, Jesse Lingard and Marcus Rashford around the dressing room week in week out.

We could do without that, well, the relegation side of it at least.