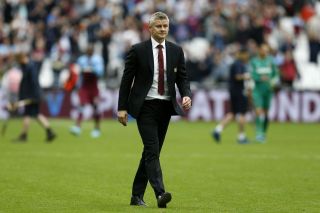 As if having to stand helplessly and witness Liverpool cut a swathe through the Premier League wasn’t bad enough.

Not for the first time in recent years, Manchester United and their manager are caught between a rock and a hard place. It’s reminiscent of the early days of the David Moyes era when the man tasked with replacing Sir Alex Ferguson was faced with the Catch 22 situation of ripping up the template left by his successors or implement slow change. In the end, Moyes lack of decisive action on making his own mark cost him dear. Solskjaer must make sure he doesn’t tread the same path. He has to make the choice of doing things his own way or following the status quo that has worked well in the past.

Managerial changes have been disruptive, the styles and values changed overnight to suit the new boss, each man leaving his successor in a bigger hole than the last.

Whilst Solskjaer may not have had too long in the job to really stamp his mark on the side, the Norwegian’s plan is already becoming crystal-clear – even if results haven’t followed suit. Not yet anyway. Sacking Solskjaer would leave the club at the mercy of the same vicious circle that has held us back – he needs time and we must be patient, but history suggests that the football manager in 2019 gets none of either. We live in an age where results are king and, even if its tempting to look beyond those alone, it is the currency on which a manager is judged. It’s another no-win situation – stick with Solskjaer and potentially take the ‘L’ of another lost season, or the sack, rinse, fail, repeat pre-requisite that has become this board’s raison d’etre.

NEXT:Opinion: You may want Ole out, but you don’t want Roy Keane in

Most fans will back Solskjaer if they can see signs of a brighter future, if they see more of the type of signings he made in the summer and if they see evidence of a long-term plan rather than quick fixes. Better a Mason Greenwood coming through and thriving at a club he’s grown up with than any sulking mercenaries. But therein lies the problem – United are in need of both a quick fix as well as long term stability.

Not too dissimilar to when a certain other team in Red replaced Brendan Rodgers with Jurgen Klopp. The German inherited a piecemeal squad disconnected with the regime of the previous manager and without an identity. After a slow start in which they finished eighth two years in a row, the fruits of the gegenpressing guru’s labour are now clear for all to see. I’m not suggesting that Solskjaer is in the same league Klopp – indeed it would be churlish to compare – but it proves what can happen when you allow your manager to carry out his plan.

The United boss is intent on re-energising the team with more youth and pace, and some of the side’s best performances under him have been games where counter-attacking has been key – most notably this season against Chelsea.

The work the club did in the summer transfer window symbolised the kind of cleansing approach Solskjaer is taking.

Gone are the likes of Romelu Lukaku and Alexis Sanchez – players who were on big-money, and not exactly justifying their mammoth wages. The youth system is back on an even keel and flourishing.

There was much sneering when Manchester City, on dismissing Roberto Mancini in 2013, spoke of the need for a “holistic” approach, but United’s state now is what happens when there is nothing holistic about a club beyond the general atmosphere of decline. What does it say about planning at the club if they replace one manager with another whose style is so different that players get injured trying to keep up?