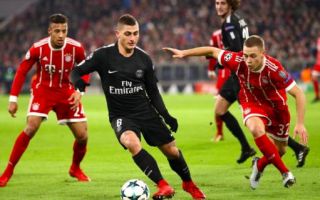 Manager Ole Gunnar Solskjaer has been left woefully short in options after no midfielder was bought in the summer transfer window.

That’s despite the fact Ander Herrera’s departure was announced at the end of last season; plenty of time to identify midfield targets and complete transfers.

In reality, the Reds need a midfield overhaul as the jury is still out on Brazilians Andreas Pereira and Fred, Jesse Lingard has proven he cannot deliver from the number 10 role and Nemanja Matic is into the latter stages of his career with an uncertain future.

NEXT:Danny Murphy names the two Man Utd players that would get into Liverpool’s squad

Paul Pogba is Solskjaer’s only proven quality midfielder, but United have failed to get the best out of him this season.

Former Liverpool midfielder has been discussing the midfield woes at Old Trafford in his recent column for the Mail.

“Given they don’t have many, if any, other world-class outfield players, Solskjaer was right to block any chance of him going to Real Madrid in the summer,” Murphy told the Daily Mail.

“United need him if they are going to get anywhere.

“Pogba is versatile but giving him a different position and job in the team each week doesn’t do him in any favours. When I see Pogba, I see player who can see a pass, shoot with both feet, and make things happen.

“I think he’s most useful to the team as the furthest forward midfielder in a 4-3-3, with two players like Scott McTominay, Fred and Nemanja Matic behind him to allow him the freedom to create without being over-burdened with defensive responsibilities. Matic is solid, Scott McTominay is solid, but they aren’t Carrick. Pogba tries to do the job but he hasn’t got the defensive awareness Carrick had, he is best served further up the pitch.

“For me, it’s a glaring miss that has affected United’s whole build-up play. Manchester City have a player who can do it, Fernandinho.

“Someone like Marco Verratti at PSG would have been ideal.

“He came to Old Trafford with his side and ran the show. I think Maguire and Wan-Bissaka were good signings but a midfielder maestro has been a necessity since Carrick retired last year, and probably should have been sorted before that when they knew he was going to stop.”

Verratti, 26, is a world-class midfielder so would obviously be a fantastic signing if brought to Old Trafford. However, you have to question what his motives would be to join Ole Gunnar Solskjaer’s side given the current state of affairs at the club and no Champions League football.

A player of Verratti’s quality should be playing in Europe’s elite competition and United can’t offer any guarantees that they will qualify with the weak squad they are competing with.