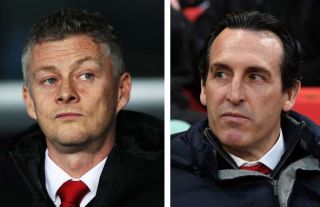 Sophie Nicolaou has been a friend of Stretty News since I launched the blog in 2010. Even then, as a budding journalist in my teenage years, the devoted Gooner would invite me onto her shows for some throughly enjoyable football discussion.

Living in Southern California, @soccerdiva, as she prefers to be known as in the Twittersphere, still has her say on all things Arsenal by co-hosting the Highbury Squad podcast.

Knowing Manchester United are going through a rough patch at the moment, I accepted an invitation to go on this week’s podcast to preview Monday night’s encounter between the Red Devils and Arsenal.

Amanda (@goonergirl1969) hosts this week’s show and makes her feelings on United known from the very start.

The three of us then engage in conversation and draw some parallels between the two teams and how they’ve dipped in mediocrity in recent years.

I want Granit Xhaka to start on Monday just as much as they want him axed from the team. The walking yellow card could be a deciding factor on the game.

The girls fear that despite United’s form of late, we’ll raise our game and beat Emery’s men.

Sit back and enjoy the podcast. It’s always a pleasure speaking to the Highbury Squad.