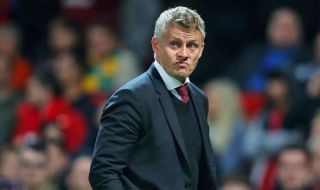 After a less than inspiring start to the season, with Manchester United lying 10 points adrift from the top after a mere 6 games, 2 wins, 2 draws and 2  wry disappointing defeats, the side looks to be in a similar state to the season previous. Arsenal and Liverpool to come, another 2 very possible defeats if we continue playing as we are and we’re in real trouble.

To put it in context, if Chelsea hadn’t forgotten their shooting boots in the opening day and put away the early chances they had, that could very well have been a defeat that would see us currently sitting in 17th position.

After the most recent defeat, away to a West Ham who we had a disastrous defeat in the same future last season, Jose Mourinho was asked in the Sky Studios if he could find any positives for Ole after that game.

He then proceeded to explain that “we were bad last season, I don’t see any improvement, even with 3 new additions to the side, I don’t like this team (squad).”

Was it the reply of a man with a little bitterness and resentment, still harbouring feelings of disappointment for how it all ended, or was it the truth?

For me, he’s not too far off the mark.

Listening to the varying comments from the most publicised pundits, you have to fear for the future.

Things have been bad for quite some time now, most glaringly since Sir Alex left, save for a few glimmers of hope in a Europa League win, an EFL cup triumph, but these have more so papered over the cracks.

We’re stuck in a humongous rut, with a squad that is in terrible shape and a manager who, although is a club legend and loved by every single red, has zero experience or CV to be trusted with steering the ship from the precarious waters we’re currently in, to the calmer waters we do badly crave.

Our record, form wise, has taken us to a whole new depth of bad records. There are stats floating about showing how we have won so few games in such a long time, no away win in the league since March being one that really strikes a chord, and it doesn’t seem to be getting a whole lot better.

This season has started disastrously, after a hefty investment in the defence but a strange move of selling Romelu Lukaku without a replacement incoming, which sees us with a misfiring Marcus Rashford, who it’s questionable if he’ll make it as the number one striker at the club. With Rashford now out injured, Martial already on the missing list, we have ourselves in a position where 17-year-old Mason Greenwood is Ole’s answer. Surely this isn’t good enough answer, after a second transfer window under Ole’s tenure to date?

If the situation continues as it is, and the hit and miss form isn’t repaired rapidly, mid table is a very realistic outcome, and that is not an acceptable end game for any self respecting United fan. No, we don’t have a divine right to win titles, but a club of our size and stature, combined with a monster financial clout, should not be in this position. It’s simply unacceptable.

Years of dreadful transfer market business, as each manager tried to “fix things” has led to a squad far below the standard we require, with players earning an absolute mint but not proving their worth week after week.

We’re floundering, we haven’t seen any improvement of note and it looks like a tough season ahead.

What looks to be more worrying still, is what could occur next summer.

Ole, will he last the season? Potentially. If he does, and we don’t qualify for Champions League football again this season, we face a combination of problems.

Adidas slash their sponsorship figure as losing out on CL football 2 seasons in a row is a clause of the contract which leads to reduced investment by the brand in United.

We aren’t a very attractive prospect for approaching top level players, the most blinkered Red can understand this. There was a time the clubs name was enough to convince a potential signing. These days have passed and we now appear far less attractive to our targets. A misfiring squad, an inexperienced manager and the world’s eyes upon us, crucifying our every mistake.

One of the most worrying aspects of it all is the newfound acceptance of mediocrity, where we see fans, en masse, making excuses for this downturn, comparing us to clubs of a far lesser ilk than we should and lowering the bar to a level that’s easily achievable. Let’s not forget who we are, we’re Manchester United. We should be aiming to be on a par with the elite of Europe, not Leicester.

There are some very dark times coming, unless Ole, the board, and a squad of uninterested, seemingly spineless players can combine to show some bottle and dig in to get us out of this mess sooner rather than later.

If we can achieve this, only time will, but it doesn’t look too inspiring at the moment.

But true to our history, we keep the faith, we believe we can pull off the impossible one more time, this one being the biggest challenge we have faced as a club in many a year.