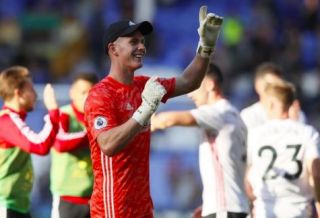 Sheffield United manager Chris Wilder has heaped praise on Dean Henderson, describing him as the best young goalkeeper in the country.

Manchester United loanee Henderson has enjoyed a great start to the season for the Blades, helping them to tenth position after the opening six league games.

The 22-year-old has conceded just six goals so far this season, a hugely impressive record playing for a newly promoted side.

NEXT:Victor Lindelof responds to Jose Mourinho criticism on key part of his game

“I feel we’ve got the best young goalkeeper in the country,” Wilder said as quoted by Manchester Evening News.

“He will rise to the occasion, I’m sure.

“He, as much as any of the rest of my players, will relish going toe to toe with Liverpool on Saturday.

“He’s going to have to make some big saves and I’m sure he will do come the time.

“He’s an outstanding goalkeeper. I love him as a personality. He’s got something different, something about him. He certainly enjoys the big occasions.”

United fans will hope Henderson can have a blinder against Liverpool tomorrow, with Sheffield United huge underdogs against the league leaders.

We will watch the goalkeeper’s progress with interest, and he could be highly coveted come the end of the season when he returns from his season-long loan. 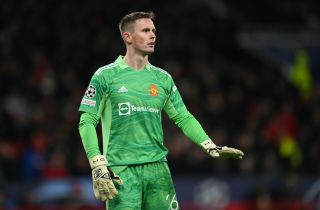 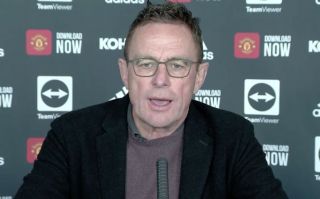