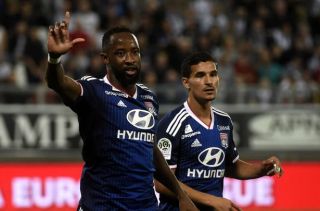 The former Celtic forward has been linked with a move to Old Trafford in the past but nothing materialised as it seemed like Ole Gunnar Solskjaer wasn’t fully made up about the player during the summer transfer window.

However, Solskjaer probably wishes he pursued a deal earlier after United’s start to the season which was seen the team struggle in front of goal. The need for attacking depth has been well documented since Romelu Lukaku’s departure and it doesn’t help that Alexis Sanchez was sent out on loan.

Perhaps Marcus Rashford’s struggles has convinced Solskjaer to invest in the Frenchman, but he should also consider Red Bull Salzburg striker Erling Braut Håland, who played under the United manager at Molde.

According to the Daily Mail, the Red Devils have scouted Dembele across the past three games he’s played as they aim to sign him in January.

Lyon are unlikely to sell one of their best players halfway through the season but if the board are serious about backing the Norwegian boss they must deliver his targets.

Dembele has been in fine form this season and already has six goals from six games in Ligue 1. Solskjaer will be impressed that all of his shots on target this season have found the back of the net and he’s top scorer in the French top-flight.

Lyon boss Sylvinho has rotated between Dembele and former United winger Memphis Depay at times this season to keep his main stars happy, though at Old Trafford the Frenchman would likely be considered a star player.

United should have signed a striker in the summer, whether it was permanently or on loan, and we’re going to be making up for lost ground as a result.

Mason Greenwood, still only 17, is edging his way into the first team but he isn’t ready to take the responsibility of a leading striker just yet.