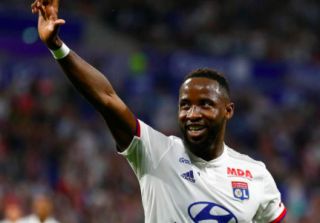 The Frenchman has scored six goals in Ligue 1 this season, making him the highest scorer in the division.

And the Daily Mail reports that a United scout was in attendance for Lyon’s draw with Brest on Wednesday, where Dembele was on the scoresheet.

The report claims the Reds have held a long-term interest in the striker, formerly of Fulham, Celtic and Paris Saint-Germain.

NEXT:What Mason Greenwood has been doing to impress Solskjaer in training

A move for the 23-year-old was considered this summer, but it is believed Ole Gunnar Solskjaer prioritised other targets.

However, the need for a striker is now glaringly obvious with Mason Greenwood the only fit recognised number 9 at the club.

It was criminal for United to let both Alexis Sanchez and Romelu Lukaku go this summer, without replacing them.

For all the criticism regarding Lukaku, he is a proven goalscorer and United are now desperately lacking a forward that is clinical in front of goal.

Dembele has scored six goals with his six shots on target this season, proving he could be the man Solskjaer needs to deliver at Old Trafford.

Solskjaer’s men have scored just six goals in their last seven games, which is simply not good enough, especially given the level of opposition they have played.

A forward has to be prioritised and we will have to wait and see if Dembele is man United attempt to sign in January.