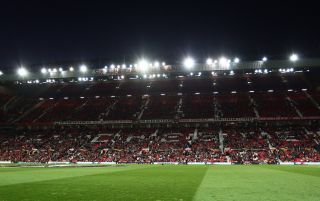 The Glazer family do not expect Manchester United to challenge for the Premier League until 2021/22 at the earliest.

That gives current manager Ole Gunnar Solskjaer a three-year plan to revive United and bring back the bread and butter of English football to Old Trafford.

With people getting prematurely excited that a ‘share sale’ meaning we could soon be run by new owners, that doesn’t seem to be the case if they have such a plan in place, and The Independent explains that no shares are actually up for sale.

ESPN claims the Glazer family accept that there is a chasm between Solskjaer’s side and the title contenders.

While that is obvious and a three plan at this stage seems kind, it’s not as if the Glazers know anything about football so we should take this all with a pinch of salt until they start to prioritise matters on the pitch.

United are currently eight in the Premier League and are miles of rivals Manchester City and Liverpool. Finishing in the top four this season already looks a struggle which means next season could be another without Champions League football.

The club hasn’t been champions of England since Sir Alex Ferguson’s final season in charge (2012/13), and three managers have been sacked since, with Solskjaer currently in position hoping to turn around our fortunes.