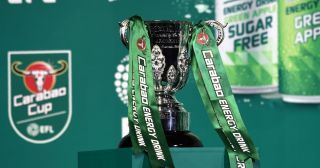 Manchester United won on penalties against Rochdale tonight in the Carabao Cup.

The win booked their place in the fourth round draw which was held after the full-time whistle.

Chelsea will host the Red Devils in the next round of the competition but after tonight’s performance against a side 17th in League One, you’ll find it hard to find anyone confident about that one.

Frank Lampard’s side beat Grimsby Town 7-1 whilst fielding a side of youngsters.

We’ve a lot of work on our hands to advance past Chelsea.

The other big draw in round four sees Arsenal travel to Liverpool.