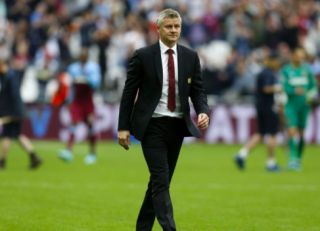 Manchester United suffered their second defeat of the Premier League season after just six games on Sunday. The 2-0 defeat to West Ham has thrown up more questions and doubts surrounding the manager, players and board at Old Trafford.

There is a tendency for United fans to get too high when they win, such as after the impressive victories at home to Chelsea and Leicester, and then get too low when disappointing results such as the losses to Crystal Palace and West Ham occur. The fans need to accept that the team and club are in a transitional period where there will be ups and downs. Shock results will happen and it will take time before things are anywhere near the levels expected. However, the supporters do have every right to be angry with the manner of the performance.

Chelsea are in a similar situation to United at this current time. In fact Lampard’s team actually sit three places below Solskjaer’s men in the table, but their fans applauded them off the pitch at full time against Liverpool despite the loss. That is because of the manner of their defeat. Chelsea play fast, attacking, exciting football, full of goals and energy. Lampard has also been brave enough to promote young English players from the academy such as Mason Mount, Tammy Abraham and Fikayo Tomori who have flourished under his stewardship. Many United fans have similarly high hopes for the likes of Mason Greenwood, Angel Gomes, Tahith Chong and Axel Tuanzebe but are still left waiting to see any of them start a Premier League match.

Manchester United haven’t won away from home in the Premier League since February 27th against Crystal Palace. The performances and tactics have also been very underwhelming on the whole ever since United beat Paris Saint-Germain at the Parc des Princes. United fans would be a lot more patient and willing to wait in order for the results to come if they were witnessing their team play similar football to what the Chelsea fans witnessed at Stamford Bridge on Sunday. If Ole showed the braveness to trust in the youth available to him, as Lampard has, he would also be afforded more time to turn things around. United supporters would rather see their side score five goals one week by three youth academy products and lose the next game than suffer constant lacklustre, dreary and tactically uninspiring performances no matter the result.

Nevertheless, the blame cannot be solely laid at Solskjaer’s door. The Norwegian has cleared out the deadwood and his three signings have all been relative successes so far this season. He has also been instrumental in David De Gea and Victor Lindelof signing new long term deals with the club. The problems at United are deep rooted and cannot be solved with a quick fix like firing the manager. The side is lacking real quality and strength in depth; Solskjaer could only bring on Fred, Lingard and Gomes when chasing the game at the London Stadium. With all respect to those players, Fred has only scored one goal in his United career, Lingard hasn’t scored in 2019 and Gomes is yet to score in his senior career. United finished the game with Dan James playing through the middle and now face the prospect of having no fit striker for their next couple of matches as Rashford had to go off with a suspected groin injury, joining Martial on the injury list and Mason Greenwood is suffering with tonsillitis.

The options available to Ole upfront are not the only issue he faces. Midfield is another key area of the pitch that desperately needs strengthening. United only managed three shots on target all afternoon and failed to create clear cut opportunities against a side that finished tenth last season. Juan Mata played in his favoured ‘number 10’ position but looked way past his best as he failed to make any impact on the match. Andreas Pereira and Jesse Lingard have also been trialled in the same position this season with very limited success. United are crying out for a playmaker to create the sort of chances that Kevin De Bruyne and David Silva do on a regular basis for City’s strikers.

Whilst the manager and playing staff can all improve so can the board at United. David Moyes, Louis Van Gaal and Jose Mourinho were all very highly regarded managers when they took over in Manchester. Ole Gunnar Solskjaer started well and was adored by the fans after appearing to turn things around at Old Trafford but all have failed, or are appearing to struggle, with returning the 20 time English League winners to their former glory. The one common denominator throughout all of their reigns is Ed Woodward, the Glazers and the Manchester United board that makes the decisions in terms of how the club is run. United have spent £892 million in the transfer market since June 2013, compared to City’s £987 million, but the return that the two clubs have received for such astonishing fees couldn’t be more different.

The recruitment has been bordering on atrocious with far too many old players coming in for big money on high wages, only to be cast aside after a season or two due to poor performances. They clearly haven’t listened to manager’s requests as Jose Mourinho stated on Sky Sports at the weekend, “I was not an idiot when in the last pre-season I was crying for a central defender.” It was widely reported that the board refused Mourinho’s desire to bring in Harry Maguire, Toby Alderweireld or Jerome Boateng. Many fans are fed up with the American family siphoning money out of the club for personal gain and feel they will never see their beloved team compete for major trophies again whilst they are at the helm.