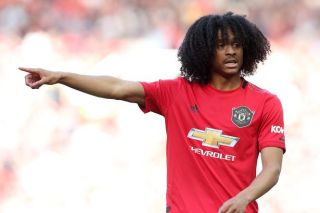 The Reds will be looking to get back to winning ways when they get their Carabao Cup campaign underway on Wednesday night.

Manchester United host Rochdale in the third round of the League Cup at Old Trafford.

The Red Devils have a good record at this stage of the tournament, although there has been a few slips down the years, advancing in eight of the previous 10 attempts.

It’s the first time in 33 years that we’ll come against Rochdale in a competitive game, so at least we didn’t get a tie against a side we play each season at it is but United haven’t been great lately and the Dale might fancy a cup upset.

Unfortunately the match is not being broadcast on television in the UK but we’ll have updates throughout via the blog, Twitter and Facebook.

Commentary will be available on BBC Radio Manchester from 7pm.

Marcus Rashford is likely to miss the match after suffering a groin injury during the 2-0 defeat to West Ham on Sunday. He had a scan on Monday but there’s been no word on results as of yet, though manager Ole Gunnar Solskjaer expects him to be out for a while.

“We’ve got a scan tomorrow,” Solskjaer told ManUtd.com after the final whistle at the London Stadium. “He [Rashford] felt his groin, so he’ll probably be out for a little while.”

Luke Shaw, Anthony Martial, Paul Pogba and Mason Greenwood were all missing at the weekend. Hopefully some of them return and get minutes before Monday night’s trip to Arsenal.

Rochdale haven’t enjoyed the start of the season either, currently sitting 17th in League One, having taken 10 points from their opening nine games. To reach the third round of the League Cup for the first time since the 2011/12 campaign they had to eliminate both Bolton Wanderers and Carlisle United.

James Garner, Tahith Chong and Angel Gomes weren’t involved in the Reserves match on Monday which suggests they may play some part against the Dale.

The last and only time United took on Rochdale was in the FA Cup third round in 1986, when goals from Frank Stapleton and Mark Hughes ensured we got off to a perfect start in the competition after winning it the previous year.

List of third round Carabao Cup fixtures with games taking place on Tuesday and Wednesday night: