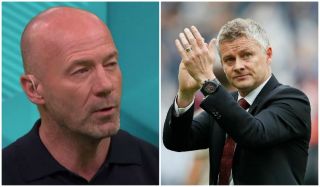 The Newcastle legend criticised the lack of a Plan B at United, which makes you wonder where he was when he brought the Magpies down in 2008-09? (Shearer took over as a temporary manager for the last eight matches of the season but he was only able to win one of these, lacking that all important Plan B)

Featuring on MOTD 2 on Sunday night, Shearer suggested Solskjaer shouldn’t be afraid to drop his stars for youngsters like Mason Greenwood or Angel Gomes as his current team aren’t doing enough to win games.

It goes without saying, from watching United this term and even towards the end of last season, that players are underperforming, so Shearer may be right as Solskjaer needs to do something about our careless record this season.

Could the youngsters come to the rescue at Man Utd? #MUFC #MOTD2 pic.twitter.com/O85yczy4M4

Perhaps a shake up would give them all a much-needed kick up the arse. And, the likes of Gomes would cherish such an opportunity.