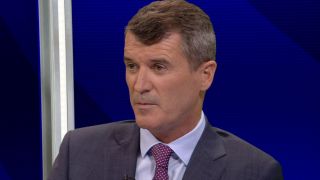 Following another away defeat at the weekend, the only highlight was the thoughts and comments of our former captain Roy Keane.

Once again, Keane delivered with his views and opinion.

“God help me if in our dressing room someone mentioned, can we finish fourth as a great achievement, you’d have been lynched.”

This mentality and calibre of player is exactly what Manchester United are lacking.

As Roy Keane stated at the weekend, following the loss to West Ham: “I knew they weren’t in a great place but I’m shocked and saddened about how bad they were today.

“I know you can lose a game of football, but everything about the game, about United – lacklustre, no quality, lack of desire, lack of leaders, lack of character.

“It’s a long way back for United, it’s scary how far they’ve fallen.”

I agree with everything Keane said, we have lost our identity. United teams of the past played attractive, attacking football and fought until the very last minute of each game. That fighting spirit is what led to Sir Alex’s trophy-laden tenure and ensured that standards were maintained.

Fast forward to 2019 and what we have assembled is nothing more than a mediocre squad, littered with long serving average players, sprinkled with record breaking acquisitions, who are only consistent at being inconsistent.

I’m conscious that by harping back to the regime under Sir Alex, I can be accused of “living in the past”. But unfortunately, this is the benchmark and measuring stick for any Manchester United manager or squad.

Demanding nothing but the best from his players, if you fell below his standards, or disagreed with his stance on something, then your tenure at the club was generally brought to an abrupt end.

Ole Gunnar Solskjaer has embodied a similar modus operandi, allowing Romelu Lukaku and Alexis Sanchez to join Inter Milan. This news was greeted warmly by fans but by not securing adequate replacements, it has unquestionably left us short in depth and could prove to be fateful throughout the long, gruelling season.

Granted, there are others within the squad that fall well short of the standards expected of a Manchester United player, but you can’t move 8 or 9 players on in one transfer window.

Sunday’s 2-0 defeat at West Ham once again exposed our problems, the result is Solskjaer’s eighth defeat in his 17 games as permanent manager, with just five wins and four draws in all competitions.

Time is a luxury, afforded to very few Football Managers in today’s game. We all know that it’s a results driven business and those at Board level are more than happy to swing the axe without considering the long-term vision of those underneath them.

This is something which was also echoed by Roy Keane, he said:

“We have a two or three-year plan, that’s nonsense. You have to win football matches consistently at big clubs.”

Ole was very positive when he faced the media afterwards, but he must be aware that there is still an enormous amount of work to be done at the club. On and off the pitch.

If things don’t improve, will Ed Woodward’s support for Ole begin to waiver?

Let’s wait and see. In the meantime, prepare yourself for a turbulent season.