Ole Gunnar Solskjaer is ‘out of his depth’, according to former Manchester United player turned pundit Garth Crooks.

Our poor start to the season continued at the weekend with a 2-0 defeat at the hands of West Ham, with Solskjaer’s side looking miles off the pace against the east Londoners.

Crooks put West Ham star Mark Noble in his BBC Sport team of the week, but also took the opportunity to criticise Solskjaer.

Pressure is likely to start to build on Solskjaer now after a dreadful start to the season. What happened to the attacking football we saw for a while last December when he initially took over as caretaker manager? The aggressive pressing we watched against Chelsea at the beginning of the season?

Crooks has now cast serious doubts over Solskjaer’s credentials for the job, writing the following: “Mark Noble spearheaded a famous victory against a Manchester United side who looked in disarray and lead by a manager who is starting to look out of his depth.

“Whatever sentiment you may have for Ole Gunnar Solskjaer, Manchester United is not a club for novices.”

After years of blaming managers for results, people may now start to see that it’s the players who need to be held responsible.

Though that doesn’t mean Solskjaer is faultless…

There may be more proven, experienced names out there who could do a better job than the Norwegian, but here’s ours now and need to stick by him. I can’t see the current team doing much this season either way.

Interestingly, another name that name Crooks’ TOTW is Leicester City’s James Maddison for his performance in the 2-1 win over Tottenham. He’s a player constantly linked with the Red Devils this season, so it may be worth keeping a close eye on him over the coming months. 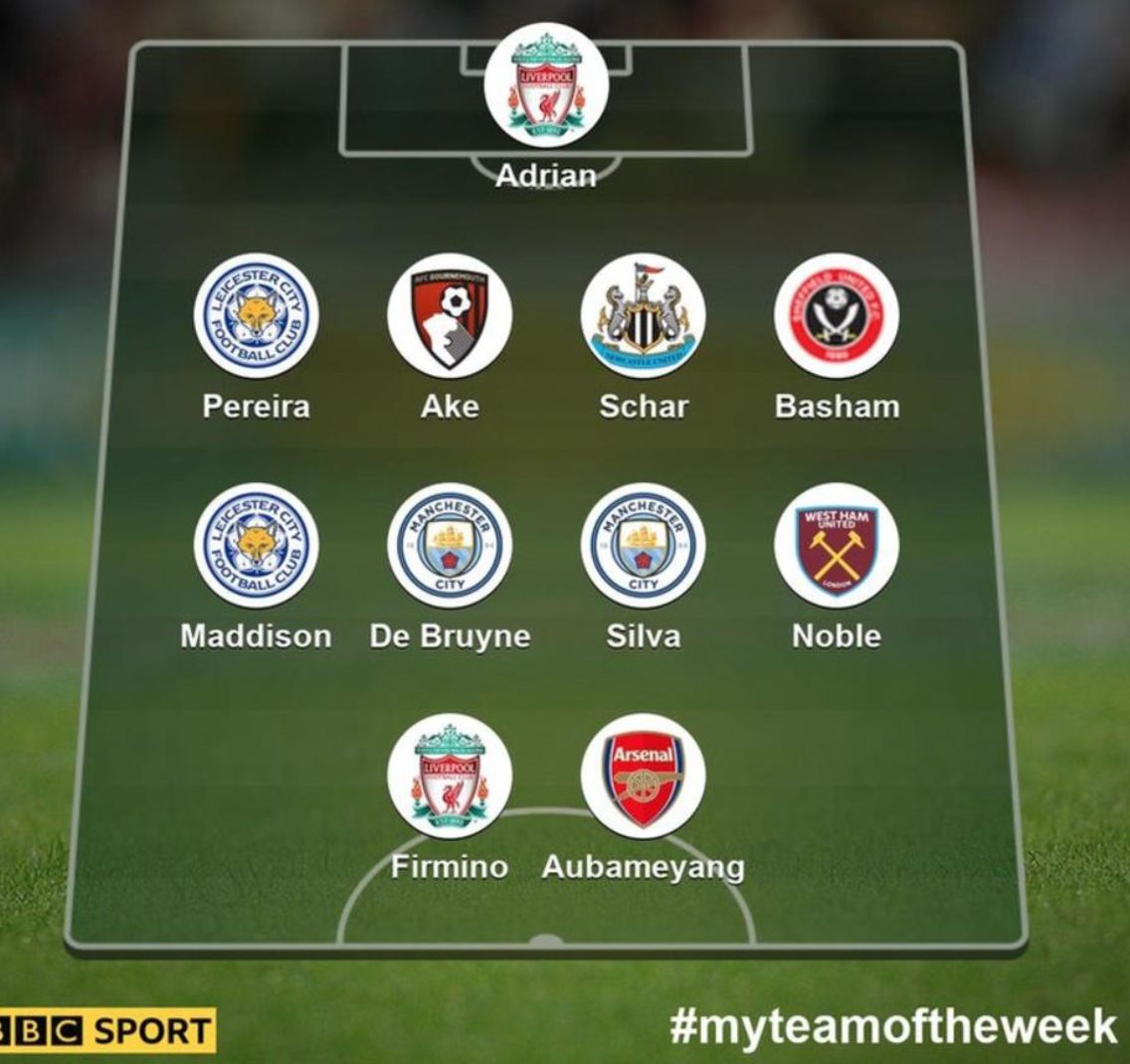