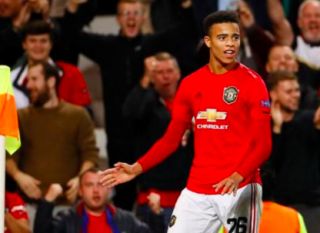 The 17-year-old’s finish proved to be the difference in a narrow win for the Reds in the first Europa League group stage game.

Solskjaer’s youthful side were not clinical enough to put a weak Astana side away, but Greenwood took the plaudits for his first competitive United goal.

Solskjaer has described Greenwood as the most natural finisher at the club and we expect him to score many more when given the opportunity this season.

With Anthony Martial ruled out of Sunday’s clash against West Ham with a thigh injury, Greenwood should retain his place in the team as the Reds look to make it three wins in a row at the London Stadium.