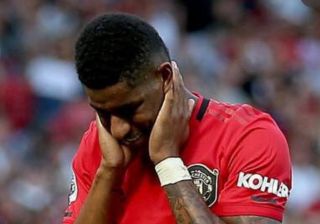 Manchester United have started well against FK Astana but the match remains goalless.

We are still in the opening stages of the match but the Red Devils should be a goal ahead after Marcus Rashford’s close range effort on goal.

Rashford has a chance this season to make a real statement in the team, knowing Ole Gunnar Solskjaer’s hasn’t many options up front to select from following Romelu Lukaku’s departure.

He really should have scored from this attempt but the goalkeeper made himself big to prevent a goal from being scored. The ball arrived at Rashford’s feet after a deflection off United centre-back Axel Tuanzebe.

Anthony Martial is still out injured but we’ve been given a chance to see Mason Greenwood in action.

So, promising signs early on. Check our Rashford’s attempt on goal below (via beIN Sports):

SAVE 👐 Rashford can’t believe the ball hasn’t hit the back of the net.#UEL #beINUEL pic.twitter.com/xinWBA7b6t

A notable mention for the singing section at Old Trafford tonight. It’s coming across very loud on TV.