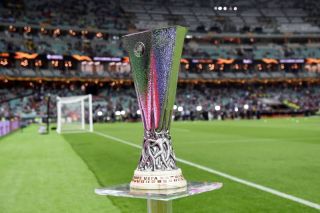 There’s nine new rules for fans to be aware of before the competition kicks-off.

Manchester United last won the competition in 2017, beating Ajax in the final, and will be hoping for a repeat of that success this season.

Top four looks like it will be tricky to achieve this season in the Premier League, so winning the Europa League may be United’s best route into next season’s Champions League. The Red Devils must show more consistency in the league if they’re to qualify on both grounds.

UEFA have made some rule changes for the competition this season.

So, to clear everything up in attempt to leave nobody confused as incidents take place, here’s a list of nine rule changes:

Handballs: Players will be penalised for using their hands or arms, accidentally or not, to create a goalscoring opportunity or to score themselves.

Substitutions: Managers previously had only seven players on the bench. They will no be able to select from 12 in what is now a 23-man match-day squad.

Free-kicks: Attackers must stand at least one metre away from the defensive wall when the ball is about to be struck, as opposed to interfering with it.

Goal-kicks: These no longer have to leave the box before a team-mate touches the ball. Opposition players cannot stand in the area while a goal-kick is being taken.

Drop-balls: No longer part of the game. Instead the ball will be given to the goalkeeper of the team who last had possession of the ball.

Penalties: Keepers cannot touch the goalposts during spot-kicks. They must also keep one foot on the goal-line as a penalty is being taken.

Time-wasting: In order to tackle time-wasting, players leaving the pitch must now go the nearest exit point on the pitch, rather than walking across towards the benches.

Coin toss: Whoever wins the coin toss will now have the option to kick-off or choose an end to play towards.

There’s no denying that the Europa League is a second-rate competition but Ole Gunnar Solskjaer should urge his players to do all they can to win it this season.

What an experience that would be for Mason Greenwood and the other young lads in and around the first team squad.