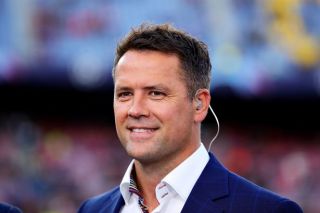 Michael Owen believes that West Ham are likely winners when they take on Manchester United at the London Stadium on Sunday.

The former United striker insisted that the Hammers will have been disappointed with their scoreless draw against Aston Villa on Monday, and will be looking to fix that with goals against the Red Devils.

Owen believes we’re in for a big test against Manuel Pellegrini’s side, after drawing our first two away games of the season.

Let’s not forget how West Ham beat us 3-1 in London last September, which was without question one of our worst performances of the season.

“If there is to be a winner at the London Stadium I believe it will be the Irons from what promises to be a hugely entertaining game,” he wrote on his BetVictor blog.

“Ole Gunnar Solskjaer’s side have drawn on the road at both Wolves and Southampton so far this season and this will be another severe test of their top-four credentials.”

Teams will fancy their chances against United this season, especially given how we’ve started the new season.

Pellegrini will have last season’s win at the London Stadium in the back of his mind and will probably use it to put fire in his player’s bellies ahead of the clash.

West Ham have started the season brightly after collecting eight points already — the same as United, though expectations are less when it comes to the Hammers.

First United need to get their Europa League opener against FK Astana out of the way. Then Solskjaer will set out to prepare his players for Sunday’s showdown against West Ham.